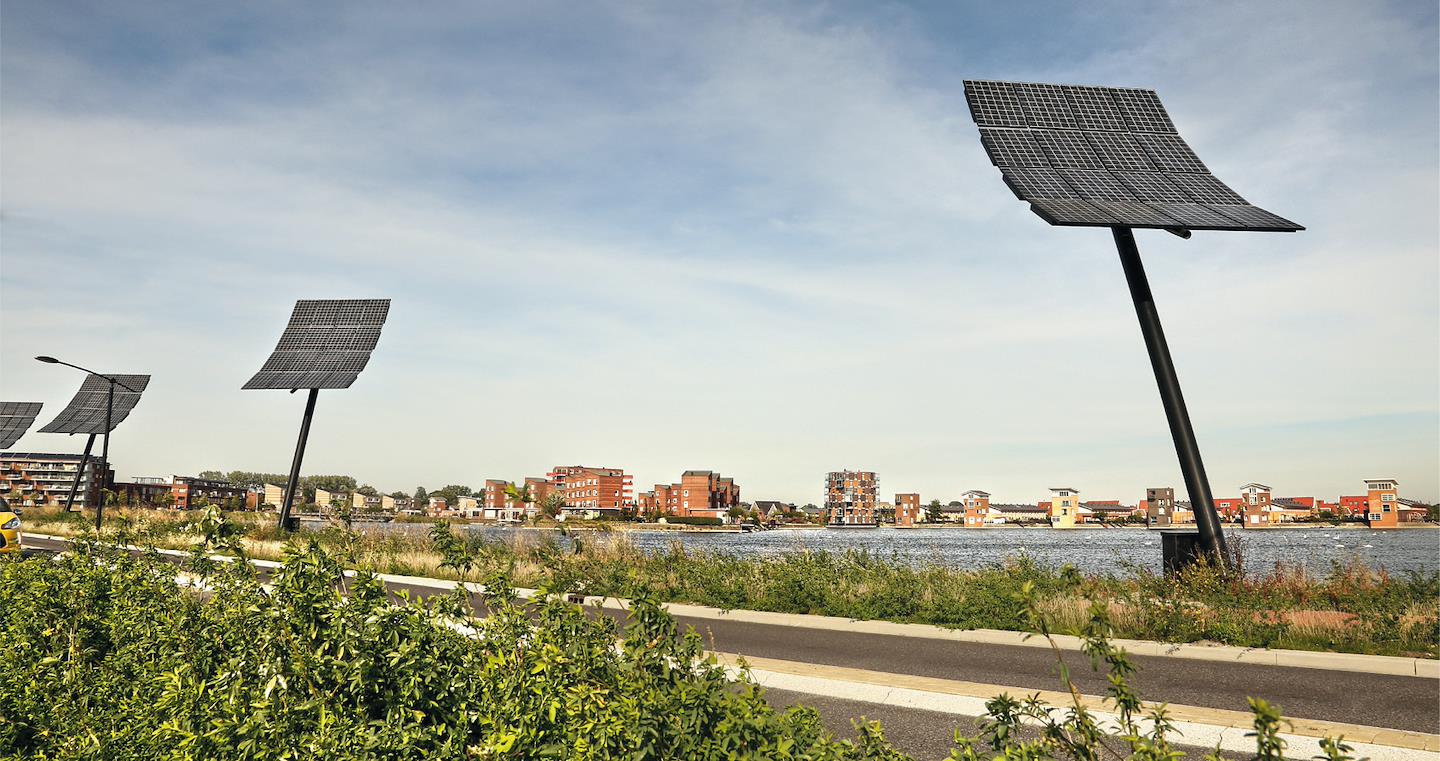 The year 2015 was marked by a broad variety of activities to facilitate the energy system of today and tomorrow - including the operationalisation of a brand-new heating network in Nijmegen, the installation of smart meters for 170,000 customers, and assisting customers with innovative energy solutions.

Safety comes first for us. We do the job safely or not at all. Accordingly, safety is paramount in the performance of all our tasks and we invest heavily in safety awareness and behavioural change within our organisation. Despite these efforts, more accidents leading to absenteeism occurred in 2015 than in 2014. Regrettably, some of these incidents were serious. Two engineers, for instance, suffered burns. Safety therefore remains our top priority.

Last year we celebrated a special milestone: our 100th anniversary as an energy network operator. Since our foundation in 1915 as Provinciale Geldersche Electriciteits-Maatschappij (PGEM), we have grown into a company that delivers energy to a large part of the Netherlands - enabling millions of people to live, work and travel.

We work daily to distribute energy to consumers and businesses and make substantial annual investments in the quality of our networks. In 2015, we spent about €700 million on the reinforcement, digitisation and maintenance of our networks. The results speak for themselves: we have one of the most reliable networks worldwide. Once again, outage duration was low in 2015. We are replacing obsolete networks and applying new technologies that help us to localise faults faster and, preferably, prevent them altogether. The digitisation of our networks is also contributing to an increased reliability of our energy supply.

The power outage that occurred last year in the province of Noord-Holland re-emphasised the crucial importance of an uninterrupted energy supply for our customers. A fault in the high-voltage network of TenneT in March deprived about one million customers of electricity during a substantial part of the day. Daily life in a large part of the Randstad conurbation was severely disrupted. In addition, we were confronted last year with two major gas interruptions in Velsen and Oldebroek, which left hundreds of customers without gas for several days. These network failures cause great inconvenience to society at large.

Apart from a reliable energy supply, customers also need a good service at an affordable price. Last year we made investments to increase our operational efficiency and work in a more customer-centric manner. Customer satisfaction in the consumer market remained unchanged at 95% and rose in the business market to 86% (2014: 84%).

In 2015, we worked closely with Enexis to exchange parts of our service areas. Effective from 1 January 2016, our activities in Brabant were transferred to Enexis, while the networks in the Noordoostpolder and part of Friesland were migrated to the Alliander service area. The move to bring the electricity and gas networks in these areas under the control of a single operator will create clarity for customers and public administrators, while also enhancing operational efficiency.

Choosing our energy together

In response to the rapidly changing energy system, we made our strategy explicit. 24/7 power plants are making way for solar panels and wind turbines that only generate energy when the sun shines or the wind blows. To heat our homes and power our cars, we are switching over from gas and oil to electricity and residual heating. Customers are increasingly generating their own energy, both for self-consumption and to exchange. New types of networks are coming to the fore, but may not be accessible to everyone. And we may be confronted with ‘network defectors’: customers who become self-sufficient and cancel their connection to the energy network - initially for gas, and later also for electricity.

These developments have an impact on the essence of Alliander's existence: reliable, affordable and accessible energy distribution. Our strategy identifies four pillars for finding suitable answers to these issues. We support customers in making choices that work for them as well as for the energy system as a whole. We are investing in alternative open infrastructures and digitising our networks. Finally, we are committed to excellent network management as the basis of our operations.

The initial results of our revised strategy are already visible. Together with partners, we have set up a smart energy testbed in a neighbourhood in Heerhugowaard to try out future-proof energy solutions together with local residents. We have also launched the large-scale roll-out of the smart meter. This digital meter, which is a crucial part of the future energy system, will be offered to all our three million-plus customers by 2020.

In the past years, Alliander has been actively engaged in the development of new open infrastructures. In March 2015, for instance, Minister Kamp of Economic Affairs opened the new heating network in Nijmegen. This network uses residual heating from a waste processing plant to heat thousands of homes, leading to a CO2 reduction of 70% compared to gas. In 2015, the CO2 saving amounted to 3,700 tonnes, comparable with the annual energy emissions of 800 households. Meanwhile, new heating networks are now under development at various other locations in the Netherlands. These networks are 'open' in the sense that they are accessible to multiple parties. Alliander subsidiary Allego is developing an electric vehicle charging infrastructure in the Netherlands, Belgium and Germany. This infrastructure must be designed in such a way that costly investments in the networks are avoided. With Alliander AG we are also active in Germany, including the management of electricity and gas networks, public lighting and traffic lights. In 2015 two-term contracts in Heinsberg and Berlin were renewed.

In the past year, the modernisation of the regulatory regime for the energy sector was the subject of lively political debate. The outcome was a bill, entitled STROOM, that sought to provide answers to the challenges of the energy transition. However, as this bill failed to gain a political majority, the Electricity Act 1998 and the Gas Act remain in force for the time being. We hope that the regulatory situation will be clarified soon, so that the sector can start looking forward, with a focus on the challenges awaiting us following the Paris climate agreement.

Alliander plays a pivotal role in the energy supply. But our ambitions in the area of corporate social responsibility go beyond energy alone. One initiative in this connection is our Step2Work programme, which helped 103 people at a distance from the labour market to find new jobs in 2015. In addition, 1000 colleagues took part in volunteer projects of the Alliander Foundation, including for refugees from Syria. Our sustainability results also give us cause for pride. We are currently greening our operations with the aid of renewable energy produced in the Netherlands. In addition, we opened our sustainable building in Duiven, which was redeveloped according to ambitious circular criteria. In the coming years, we will continue to redevelop and green our other office buildings, including the head office in Arnhem.

As a socially responsible company, we must obviously comply with all laws and regulations. Last year, Alliander received questions from the regulators about various issues, including our compliance with the WNT (Executives' Pay (Standards) Act) and certain new activities. The regulators concluded from their investigations into our application of the WNT and the activities of Allego that Alliander complies with legislation and regulations in these fields. In addition, the Trade and Industry Appeals Tribunal (College van Beroep voor het bedrijfsleven – CBb) found that the ACM had not been justified in imposing a penalty on Liander for the alleged violation of the confidentiality obligation. The CBb also overturned the binding instruction imposed by the ACM in this connection.

Alliander's profit after tax fell from €323 million to €235 million, mainly due to several incidental items and cost increases. Total operating expenses rose to €1,379 million (2014: €1,317 million), primarily due to higher sufferance tax levies, TenneT transmission charges and network maintenance costs. Our financial position remained solid in 2015, as is reflected in our credit ratings from S&P and Moody’s.

The most important ambassadors of our work are our employees. They visit thousands of customers every day to perform all sorts of tasks, such as replacing meters and repairing faults. Together, they work extremely hard to achieve an uninterrupted distribution of energy. We would like to give them a special thank you for their invaluable contribution.

Together with our stakeholders, we will continue in 2016 to work on our biggest common challenge: an open energy system that gives everyone equal access to reliable, affordable and renewable energy. 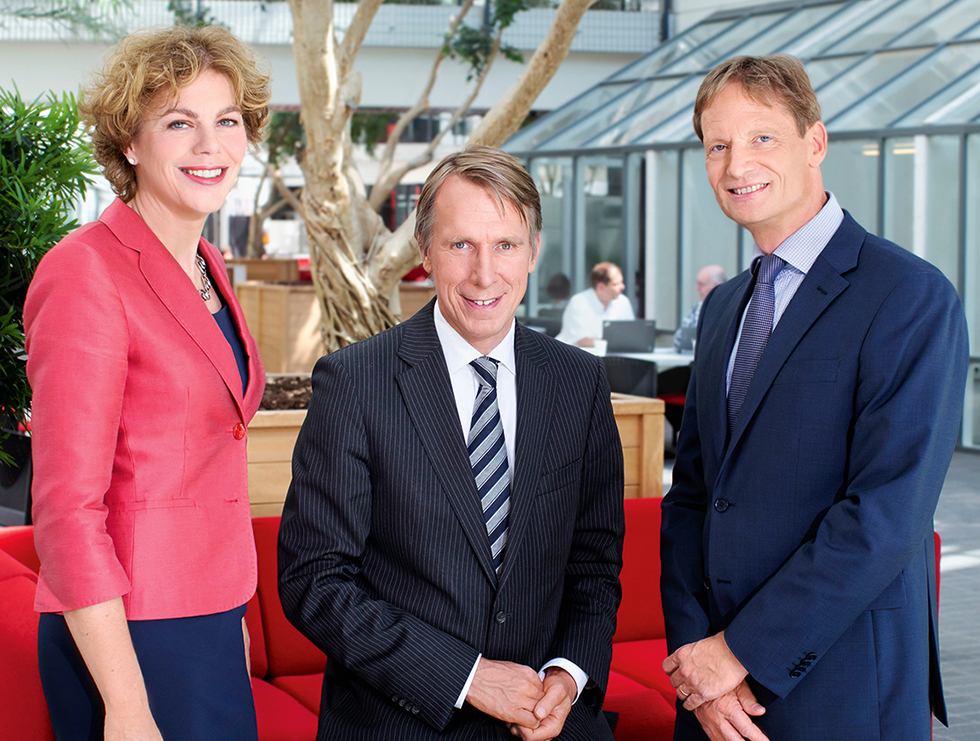