Our financial position allows us to invest in our networks, to be flexible and to grow the business. This in turn enables us to pursue our strategy and to play a facilitating role in the energy transition. Our financial policy is essentially aimed at maintaining a solid A rating profile as a minimum.

There is evidence that sustainability considerations are featuring more and more in the deliberations of shareholders and other investors alongside sound financial policy. Alliander supports the importance being attached to sustainability and the company's sustainability targets are therefore playing an increasingly prominent role in the management of the business.

Alliander pursues an active policy of maintaining an open and constructive dialogue with shareholders, bondholders, financial institutions, credit rating agencies, sustainability rating agencies, analysts and the media. We try to provide all stakeholders with relevant financial, sustainability-related and other information as accurately and promptly as possible, in reports, in press releases and in meetings as well as by other means.

Alliander's financial framework is formed by the ratios FFO/net debt, interest cover, net debt/net debt plus equity and solvency. These ratios coupled with the norms against which they are measured are crucial in obtaining and retaining a solid A rating profile on a stand-alone basis. In a departure from IFRS, when calculating the ratio's, the subordinated perpetual bond loan issued in 2013 is treated as 50% equity and 50% borrowed capital. In calculating the ratios, the classification of 'non-current assets held for sale' (IFRS 5) as regards Endinet group is ignored .

As at 31 December 2015, the interest cover ratio worked out at 7.6, which is unchanged compared with the 2014 year-end figure. Although the comparable operating profit was lower, interest expense was down by a matching amount. Alliander's financial policy stipulates that this ratio should be a minimum of 3.5.

The solvency ratio as at 31 December 2015 amounted to 55.7% (year-end 2014: 53.6%), compared with a minimum of 30%. The rise compared with 2014 is mainly due to an increase in shareholders' equity relative to unchanged total assets excluding capitalised construction contributions.

The dividend policy (as part of the financial policy) provides for distributions of up to 45% out of the profit after tax, adjusted for non-cash incidental items, unless the investments required by regulators or the financial criteria demand a higher profit retention percentage and unless the solvency ratio falls below 30% after payment of dividend.

The investment policy is consistent with the financial policy and is part of Alliander's strategy. Elements of investment policy include compliance with regulatory requirements relating to investments in the regulated domain, such as safety and reliability and the generation of an adequate return on investment. Ordinary investment proposals are tested against minimum return requirements and criteria as set out in the financial policy. Innovative schemes require specific Management Board approval. As well as quantifative standards, investment proposals must also satisfy qualitative requirements. It should also be noted that, in principle, investments in the regulated domain arise from a network operator's statutory task.

All of Alliander's shares are held directly or indirectly by Dutch provincial and municipal authorities. A full list of the shareholders can be found on the Alliander website (www.alliander.com). The authorised share capital of Alliander N.V. is divided into 350 million shares with a nominal value of five euros. All the shares are registered shares. As at 31 December 2015, there were 136,794,964 issued and paid-up shares. Contact with shareholders primarily takes place in shareholders' meetings. However, Alliander also believes that it is important to have contacts between the company and the shareholders outside of the shareholders' meetings, on a bilateral basis or in a wider forum. A summary of the various shareholder dialogue structures can be found in the section covering corporate governance. 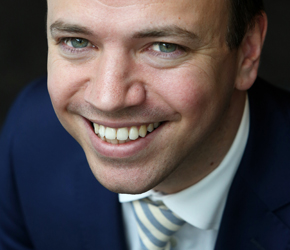 Alliander’s shareholders are provincial and municipal authorities and one of them is Friesland. An interview with Sander de Rouwe, the Friesland Provincial Executive.

How were your dealings with Alliander in 2015? As a shareholder, what is your view of the relationship, looking back over the year?
As major shareholders we are kept informed in a transparent manner by the Management Board and the Supervisory Board concerning the more important developments affecting the company several times a year. The lines of communication are short and that suits us fine.

A particular matter this year concerned the exchange of areas served, involving the transfer of the Enexis networks in Friesland to Alliander. How do you view that change and how did the operation go?
The exchange of networks between Alliander and Enexis had been on the cards for some considerable time. In the run-up to the final decision we looked particularly closely at retaining jobs and what the effect on customers’ bills would be. There were many areas in Friesland where both network operators were active. We are assuming that Alliander and Enexis were able to derive the usual synergistic gains from the transaction. The actual exchange, which became effective on 1 January 2016, means that Liander is now the sole network operator in Friesland for both the electricity networks and the gas distribution systems, with the exception of a few areas in the north-east of Friesland, where Stedin operates the gas networks. For an even closer connection between share ownership and operational responsibility, it would be good if there was another exchange of the areas served, involving Stedin.

The energy supply system is undergoing change. The region has ambitions for sustainability. What role do you expect Alliander to play in the years ahead?
The energy transition in Friesland is making substantial progress, with solar farms like those on Ameland, a wind farm in the IJsselmeer, numerous energy cooperatives and whole villages that are going green. Alliander, too, has a contribution to make towards the transition, by becoming involved in the planning and implementation of these promising initiatives, so as to create broad-based support for the business case. This is already happening with various initiatives.

The Management Board has determined, with the approval of the Supervisory Board, to add €149.8 million of the profit to other reserves. The remaining profit of €85.0 million is at the disposal of the General Meeting of Shareholders. This equates to 45% of profit after tax, excluding incidental items after tax that did not generate cash flows in the 2015 financial year.

A large part of our financing in the form of borrowed capital is provided by institutional investors in our bond issues, such as asset managers, insurance companies, pension funds and banks. These are professional players on the international financial markets. We keep existing and potential bondholders informed regarding the company's financial position and results as well as developments in the industry, by actively engaging in investor relations activities in addition to complying with ordinary publication requirements. In this context we organised a roadshow in March 2015, visiting investors in Amsterdam, Paris and London to give presentations on the financial results and other relevant developments. An investor conference call was held in September 2015 for the same purpose. Topics covered on both occasions included the energy transition together with Alliander's role in this context and the impact on Alliander of the exchange of networks between Alliander and Enexis.

The repayment schedule for the interest-bearing debt as at year-end 2015 was as follows:

The amounts scheduled for repayment in 2016, 2019, 2022 and 2024 mainly relate to the bond loans. The other amounts relate to the repayment of shareholder loans and other loans. Alliander has a €3 billion EMTN programme. No new bonds were issued under this programme in 2015. As at 31 December 2015, the carrying amount of the outstanding bonds was €1,495 million (nominal value €1,500 million). Alliander has available an ECP programme totalling €1,500 million which can be used to issue short-term debt instruments. During the reporting period, Euro Commercial Paper denominated in USD was issued with an equivalent value totalling €467 million. The euro equivalent of this amount has been fully hedged. As at year-end 2015, ECP loans with a face value of €46 million were outstanding.

Alliander previously contracted a committed backup credit facility totalling €600 million with six banks. This facility runs until 13 July 2018. Part of this facility can also be used to issue letters of credit relating to cross-border leases. The facility has not been drawn on.

In order to retain ready access to the capital and money markets, it is important for existing and potential financiers to have an accurate picture of Alliander's creditworthiness and associated credit ratings. Having a recognised credit rating is also an obligation under the terms of the cross-border lease contracts entered into at the end of the 1990s by Alliander's legal predecessors. Alliander has credit ratings from S&P and Moody's. These ratings comprise a long-term rating with an outlook, and a short-term rating. The outlook is an indication of the expected change in the long-term rating over the next few years. In 2015, Moody's raised Alliander's long-term rating a notch while S&P kept both ratings and outlook unchanged. The credit ratings as at year-end 2015 were as follows:

During the reporting period, Alliander was in contact with the rating agencies on several occasions. These contacts covered such things as the regulatory system, as well as the exchange of networks with Enexis. In July, Moody's upgraded the long-term credit rating from Aa3 to Aa2 with stable outlook, and reaffirmed the short-term rating of P-1.

In October, S&P published a review of financing instruments taking the form of subordinated perpetual bond loans. An immediate consequence was that the equity weighting of a number of loans of this type issued by various international companies was reduced from 50% to 0%. This also included the subordinated perpetual loan of €500 million issued by Alliander in November 2013. After considering the interests of all parties involved, Alliander decided to waive a limited and specific part of the rights relating to this loan (see our website), whereupon S&P restored the equity weighting to 50%. Neither the changes made nor the restoration of the weighting factor had any effect on the ratings or outlook.

The annual reviews took place in October and November. Based on the recent financial performance and forecast figures for Alliander presented on these occasions, S&P reassessed Alliander's creditworthiness, and confirmed the existing ratings and outlook. Given the recent publication by Moody's following the rating upgrade, this agency has not issued any new confirmation of the ratings.