The Dutch economy continued to grow vigorously in 2017, and the energy transition also gathered pace. As a result, Alliander is confronted with rapidly increasing demand for new or bigger connections, and has to expand the underlying energy networks in its entire service area. This two-fold development, combined with a large shortage of technicians in the labour market, was a major challenge for Alliander in 2017 and will continue to be so in the coming years.

Safety is paramount while working on electricity and gas networks, both for our customers, our colleagues and the employees of contractors who work for us. Fortunately, no safety incidents with serious injuries occurred in 2017. We at Alliander are pleased that the number of work accidents leading to absenteeism (relative to the number of hours worked) dropped to an all-time low in 2017.

However, there is no reason for complacency. Last year we conducted a large-scale audit to ascertain whether safety is well-organised and anchored within our organisation. This produced valuable ideas for improvements, which will be acted on in 2018.

Due to the combination of a reviving economy, the accelerating energy transition and the scarcity of technicians in the labour market, Alliander is struggling to keep up with its huge workload. Nevertheless, we managed in almost all cases to connect customers as agreed. To be able to do so, however, we had to give network maintenance a lower priority. This may make our infrastructure more fault-sensitive.

Clearly, we remained very active in the labour market to recruit skilled technical staff in 2017. Much effort was also put into the accelerated training and reskilling of new colleagues. Thanks to these efforts, we were able to hire over 150 new technicians in 2017. To provide transparency about the limited availability of staff for work in hand, we have entered into dialogue with customers and municipalities and jointly look for appropriate solutions.

In 2017, Alliander again performed well in terms of reliability: electricity outage duration for customers was 21 minutes (2016: 23.3 minutes). This good performance was achieved despite network maintenance being under pressure, and was largely attributable to the introduction of digital tools and improved operational control.

If the Dutch air force helicopter had not hit our high-voltage power lines at Culemborg on 13 November 2017, the outage duration would have been the lowest ever in Alliander's history. This helicopter incident left over 24,000 households and businesses without electricity. The Liandon engineers managed within hours to fully restore the power supply to all affected customers.

The increased use of solar panels, wind turbines, electric transport and heat pumps is leading to more frequent peak load in the electricity network. Upgrading the electricity network to absorb this would require large investments and involve higher costs to society. Moreover, such network upgrades are labour-intensive operations. For this reason, Alliander is working on technical innovation and new market models in order to avoid unnecessary adjustments to the network. In 2017, Alliander continued to invest in these activities through its innovation portfolio. Last year, instead of upgrading the network, we gave customers in the municipality of Nijmegen a financial incentive to limit electricity usage at peak times. Furthermore, we are testing the possibility of connecting solar fields and wind energy to a single cable, and started up the Neighbourhood Battery pilot in 2017. One problem confronting Alliander is that existing laws and regulations impede the adoption of new insights and solutions. We are in talks with the Ministry of Economic Affairs & Climate Policy and the Netherlands Authority for Consumers & Markets (ACM) to address this situation.

Making the transition together

Initiatives to implement the climate arrangements made in the past years are gathering pace. Network companies have a crucial role to play in the transition to a sustainable energy system. The coalition agreement devotes explicit attention to their collaboration with public authorities. This partnership is increasingly taking tangible shape. Over the past two years we conducted a tour of a large number of municipalities and provinces in our service area to discuss the best possible approach to the transition and the appropriate choices for society. In 2017, we took further steps to prepare our organisation for this new role.

Alliander is actively committed to corporate social responsibility. Its carbon emissions were reduced further in 2017. As part of our aim to achieve climate-neutral operations by 2023, we offset our grid losses in various ways, including the procurement of additional wind energy generated in the Netherlands. Another important development concerns the use of resources and materials. Alliander has agreed with eight other parties to adopt a uniform procedure for requesting information on the origin of resources by no later than 2020. The resource passport was launched for this purpose early in 2017.

In 2017, CEO Peter Molengraaf left Alliander after serving the company for almost ten years. In the period after the unbundling operation, he gave Alliander a face of its own. He was the dedicated and driving force behind many innovations and prepared our company for the changes ahead. We are extremely grateful to him for this.

The operating result excluding incidental items amounted to € 206 million in 2017. This represents an increase of € 74 million compared with 2016, the main contributing factor being that operating income was up € 117 million as a result of increased regulated revenues due to higher regulated tariffs. This increase includes compensation for sufferance tax from previous years.  Total operating expenses climbed to € 1,535 million (2016: € 1,516 million). Investments in the network and meters of network operator Liander amounted to € 573 million in 2017 (2016: € 555 million). The costs of network outages and maintenance in 2017 totalled € 243 million (2016: € 240 million).

Our financial position remained solid in 2017, as is reflected in the affirmation of our solid S&P and Moody's credit ratings.

Alliander recently announced its intention to enter into talks with interested parties about the sale of Allego, a subsidiary dedicated to the development of e-charging solutions and infrastructure. Electric driving is starting to take off. Teaming up with a new partner will put Allego in an even better position to embark on the next phase of rapid international growth. In addition, the new Energy Transition Act (Wet Voortgang Energietransitie (VEt)) was adopted by the Dutch House of Representatives at the start of 2018. This Act contains various important arrangements for network operators, and is designed to facilitate the energy transition. The Act must still be passed by the Dutch Senate, after which it is expected to be implemented later this year.

These are demanding times for Alliander. The economy is growing strongly and the transition to a sustainable energy system is gathering pace. Alliander is seeking to meet these twin challenges in partnership with all stakeholders. Together, we must come up with smart solutions to ensure the energy supply remains reliable, affordable and accessible for everyone.

Our employees are at the heart of this ambition. Every day they work passionately to keep the lights burning and our homes warm – today and in the sustainable tomorrow. That commitment is very special. We are extremely grateful to them for this. 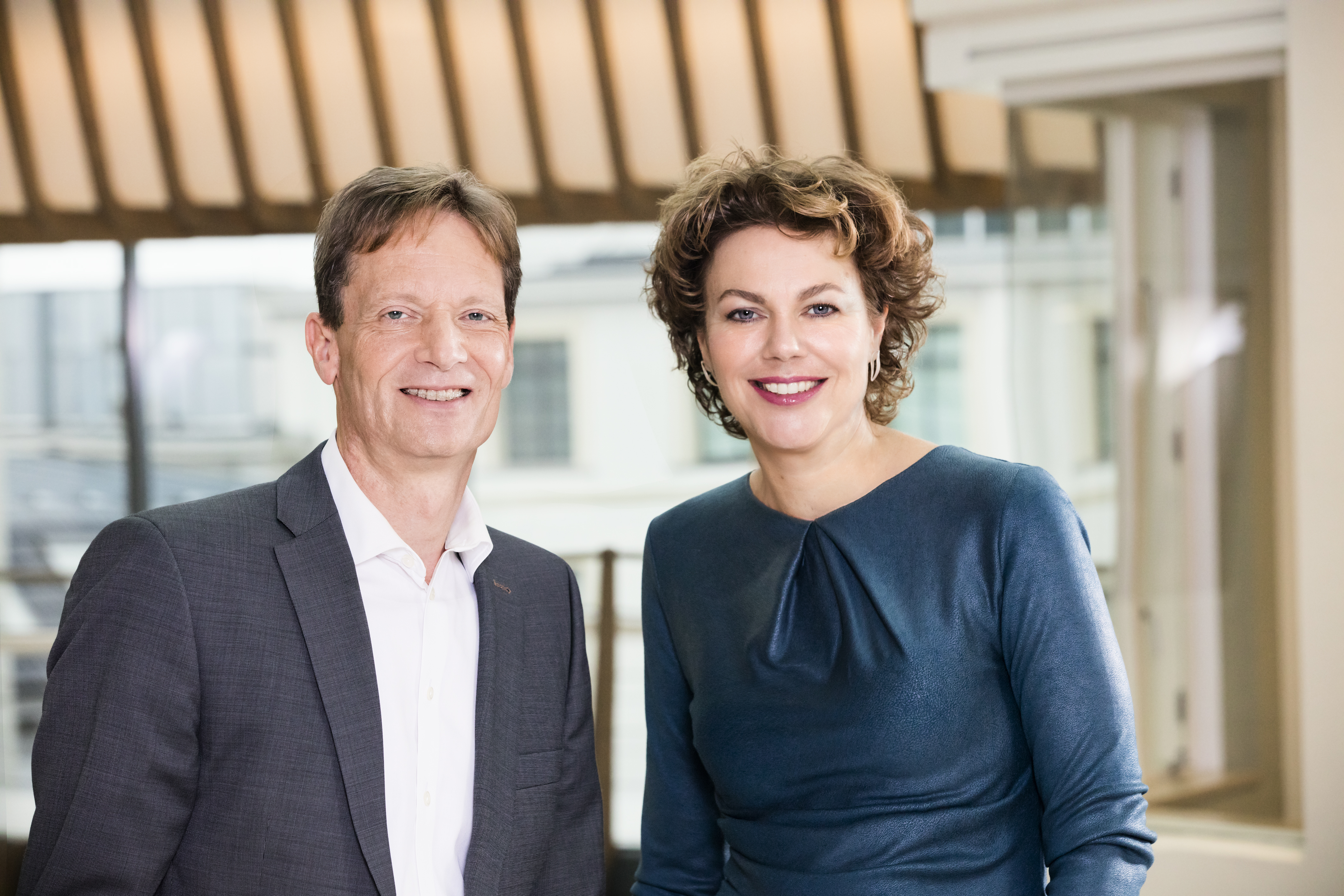